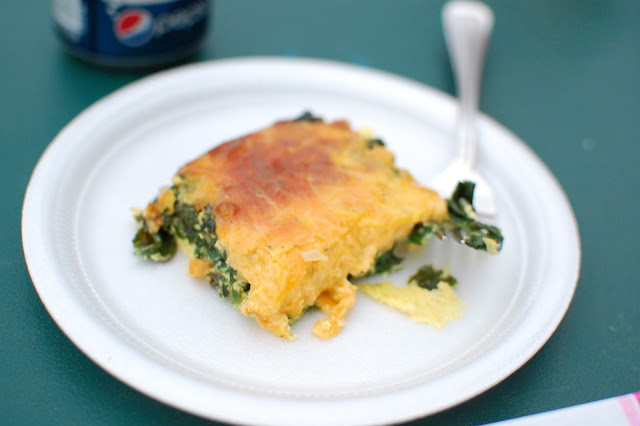 Spinach and Eggs.  A match made in heaven.
Let's get cookin'!
Preheat oven to 400. 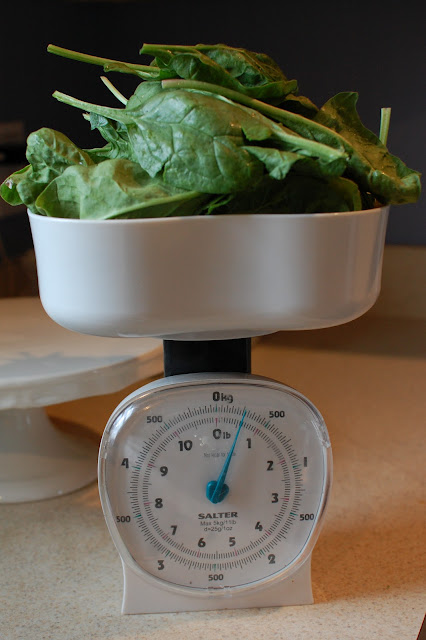 Weigh out about a half a pound of spinach.  I got a little over a half pound, it's cool. 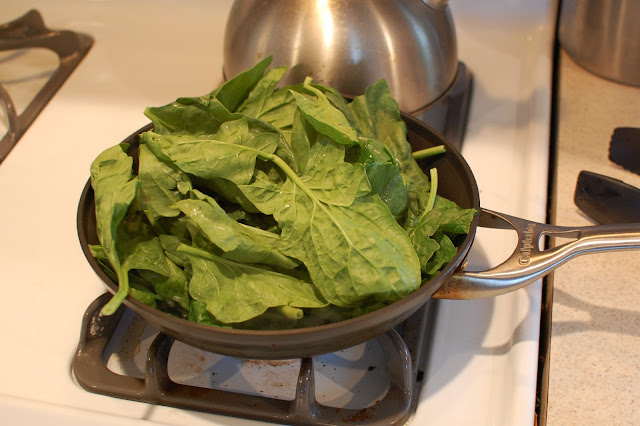 Melt 2 Tablespoons of butter in a skillet, add the spinach and gently cook. 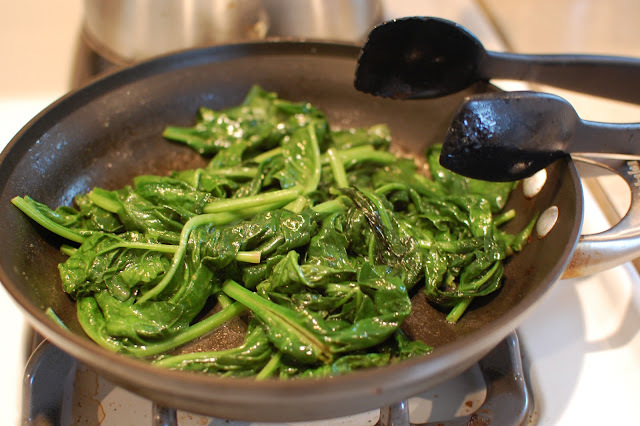 Cook until wilted.  Drain any excess liquid off the spinach and then put it on a cutting board and chop finely. (Oops I forgot to take a shot of this step.  Oh, well.  I think you can handling it.) Chopping the spinach makes it so you don't have long stringy pieces hanging out of your mouth when you eat it.  Been there, done that, it ain't pretty. 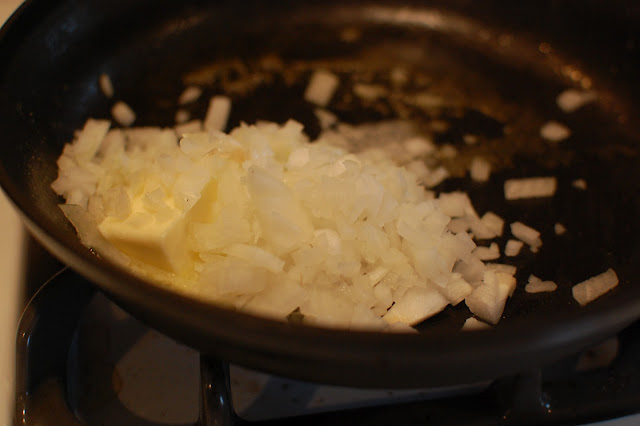 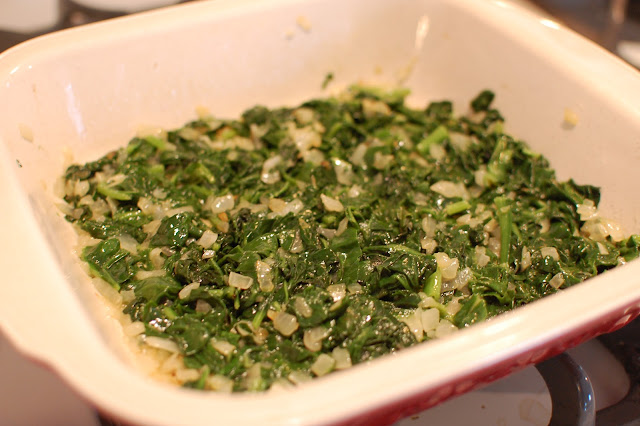 Spread spinach and onion over the bottom of a square baking dish.  I was getting so hungry I forgot to take a picture of the egg mixture.  It included 2 cups grated cheddar cheese, 2 whole eggs plus 2 egg yolks, 2/3 cup of half and half, and 1 tsp. Dijon mustard. Season with salt and pepper to your preference. 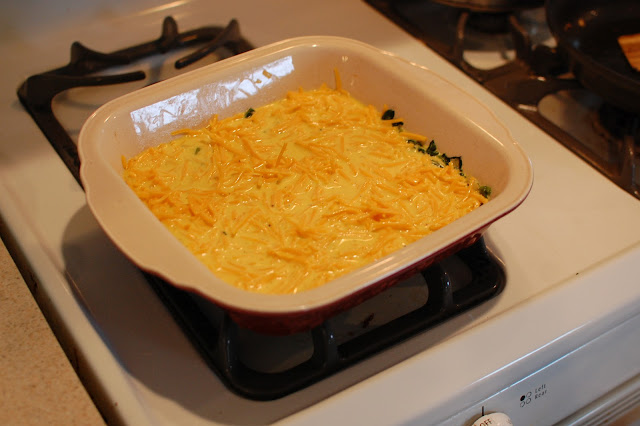 Pour egg mixture over spinach and onion.  Put in to the oven for 25 minutes, until the top is golden.  Then turn off the heat and leave in the oven for 5 minutes. Serve. 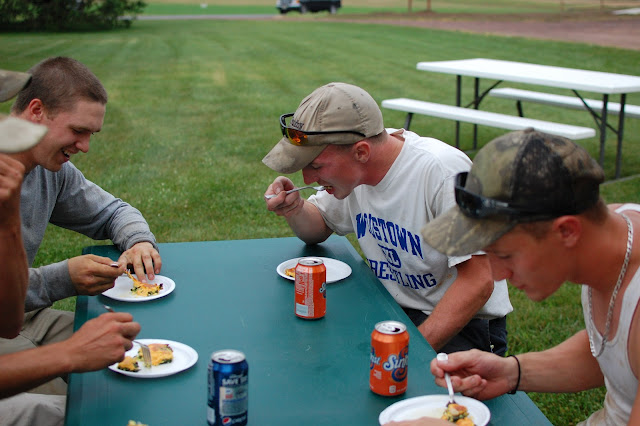 I served this to our employees one morning for coffee break.  They devoured it. 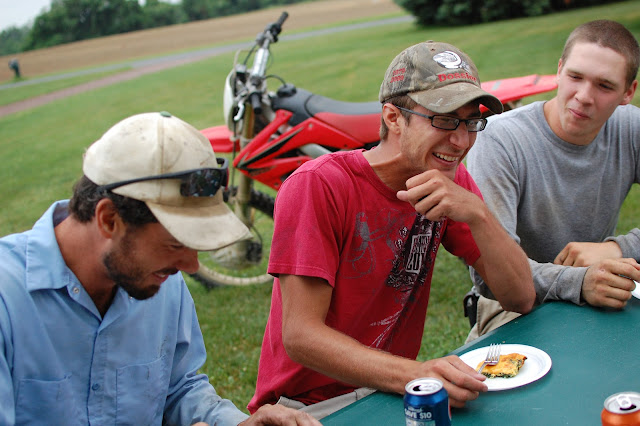 We are so blessed with a great crew of guys that work hard and we have some fun too. 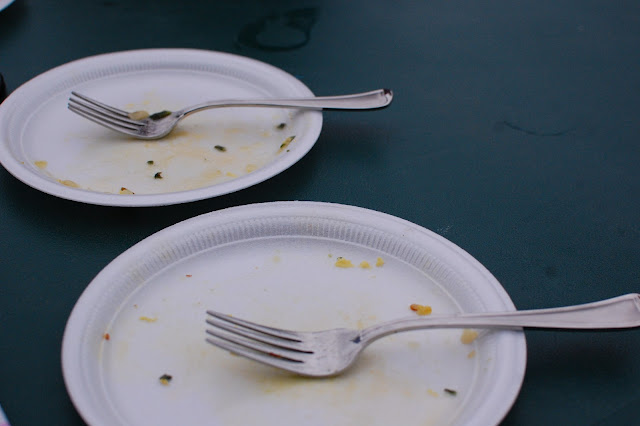 Umm, yeah, it was gone, just like that!
Spinach Egg Bake would be really great served in a pie crust as well.  I would pre-bake the pie shell for 10-15 minutes before putting the spinach and egg mixtures in.

Spinach Egg Bake
1/2lb. fresh spinach
4 Tablespoons butter
1 onion, finely chopped
2 cups shredded cheddar cheese
2 whole eggs, plus 2 yolks
2/3 cup half and half (just use what ever you have, regular milk or heavy cream would work too.  I used half and half, because I have that in my fridge for my coffee.)
1 tsp. Dijon mustard (This adds a nice zing to the dish. But if you don't have any its ok, the bake will still taste amazing, but if you do have Dijon mustard, be sure to add it. The mustard really kicks it up a notch.)
Salt and pepper (to taste)

Preheat oven to 400.  Gently cook spinach with half the butter, until wilted.  Drain and chop finely.  Heat rest of butter, and cook onions until soft.  Spread spinach and onion over bottom of square baking dish.  Beat eggs, yolks, half and half, and mustard with fork.  Really beat it!  Stir in cheese.  Pour over spinach and onion.  Put in to oven for 25 minutes, until top is golden.  Turn off heat and leave in oven for 5 minutes.